Click to inquire about Riley W.
Support a Birthday 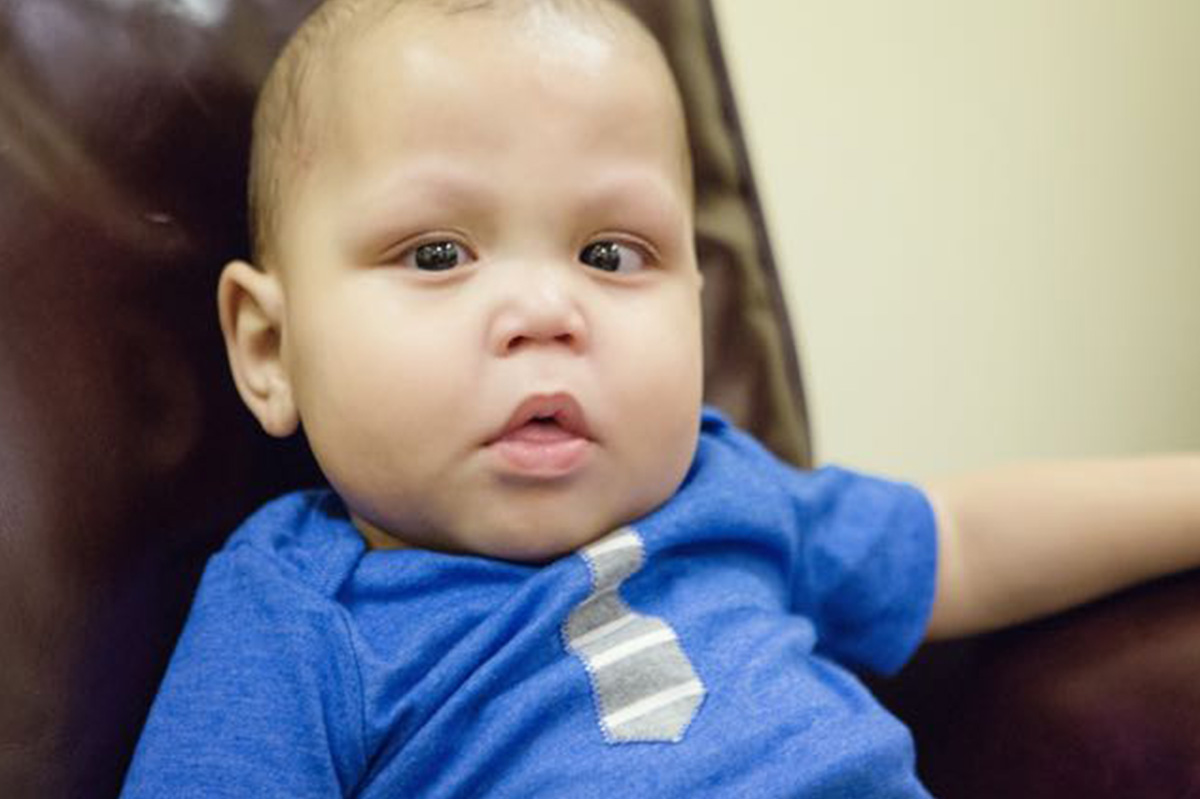 RILEY HAS BEEN ADOPTED!

Riley born in April 2015 was born premature and is developmentally delayed. Riley has had several challenges that have caused him some delays but he is fighting to overcome them. Riley is a happy little boy with a content and calm nature. Riley is very interactive with others and likes to be held. Riley has a joyous spirit that causes those who hold him to fall in love with him. Riley has Bronchopulmonary Dysplasia (BPD), Cerebral Palsy, Hypoglycemia, and is developmentally delayed.  Riley is currently in a skilled nursing home facility although he could be maintained in a home setting as long as he receives the love and care that he needs. Riley is on 22 hour feedings but he is being assessed to begin feeding by mouth. Riley has begun trying to sit up on his own but is still struggling with his balance. Due to his breathing disorder he is on oxygen at night. Riley rarely cries and is usually fine with independent play. He  participates in physical therapy, early intervention, and occupational therapy. His services have all reported good things regarding his progress. Riley is able to comprehend things going on around him and will often give a smile when entertained.

Riley will need a non-smoking family that is able to provide him love, attention, patience, and devotion to his care. It is evident, based on his current progress, that Riley has a chance to improve. Riley is in need of a family who will take the time to help him reach his milestones. Riley has begun to grow in length and weight and can recognize voices.

Gender
Male
Age
7
Photographed by
Grace Photography
We use cookies on our website to give you the most relevant experience by remembering your preferences and repeat visits. By clicking “Accept All”, you consent to the use of ALL the cookies. However, you may visit "Cookie Settings" to provide a controlled consent.
Cookie SettingsAccept All
Manage consent